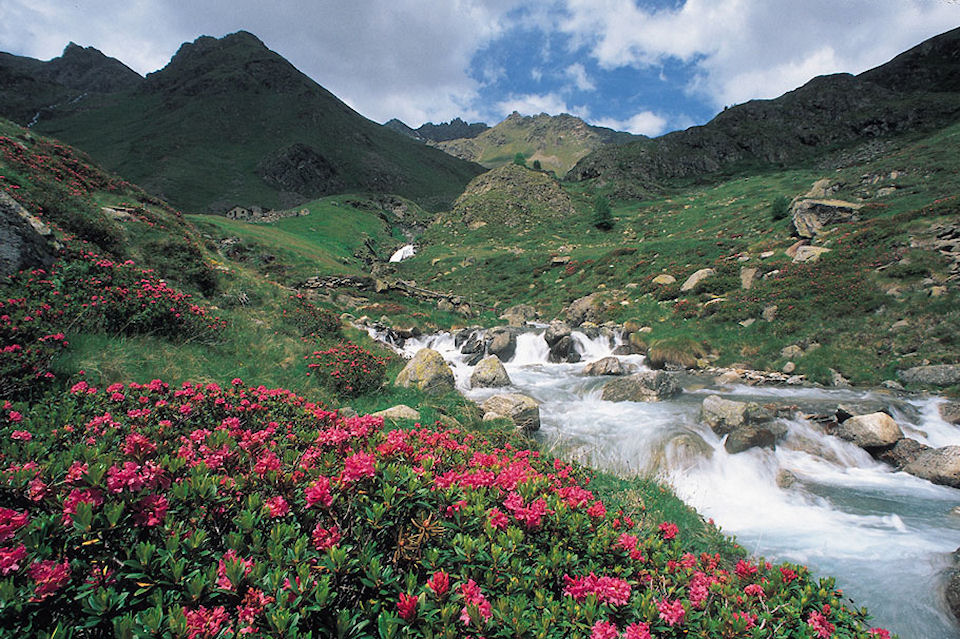 Almost parallel to the famous branch of Lake Como, bounded by the majestic Grigne to the west and east from Bergamo Prealps, it opens the green Valsassina.

Valsassina is dotted with bright colors of the flowers and the dark patches of trees.

Everything is dominated by high mountains, among which:

The peaks of the Grigne group, the peak of the Campelli Noodler and Pizzo dei Tre Signori.

Valsassina is rich in pastures, woods of chestnut and beech trees. Is a home to many craft, industrial and tertiary and is crossed by Pioverna the sources of which are located just above the Col Balisio.

The Pioverna River runs through the valley collecting the incoming water Cremeno - Troggia - Bobbia - Acquaduro - Freggerola, forming a rich and sometimes picturesque water network and then channeled into the deep fractures of the rocks and create special effects such as can be seen in the famous Orrido di Bellano or the waterfall formed by Troggia at Introbio. 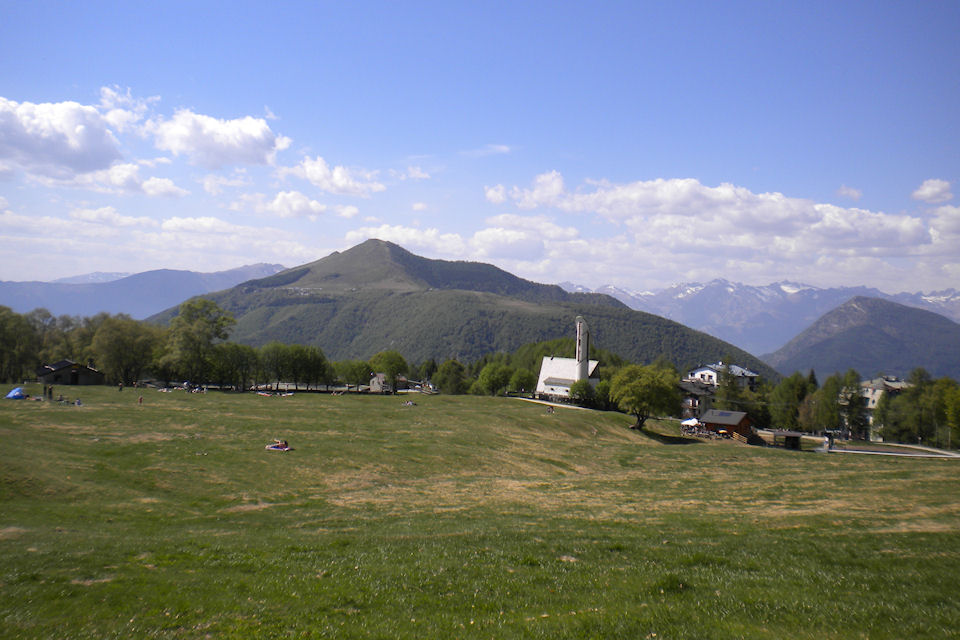 It is one of the very few locations (1501 m s.l.m.) where cars are not allowed: you arrive by cable car in just 5 minutes, starting from the bottom of the valley, in Margno.

Pian delle Betulle nature has always been respected and well preserved. The houses, are harmoniously integrated into the landscape.

It 'a pristine environment rich in forests, flora and fauna.

Alternatively, continuing for another 2 kilometers beyond Margno, it come to the church of Santa Margherita, to the right, marked by a sign "Alpe Paglio", a winding road uphill for about 4 km. 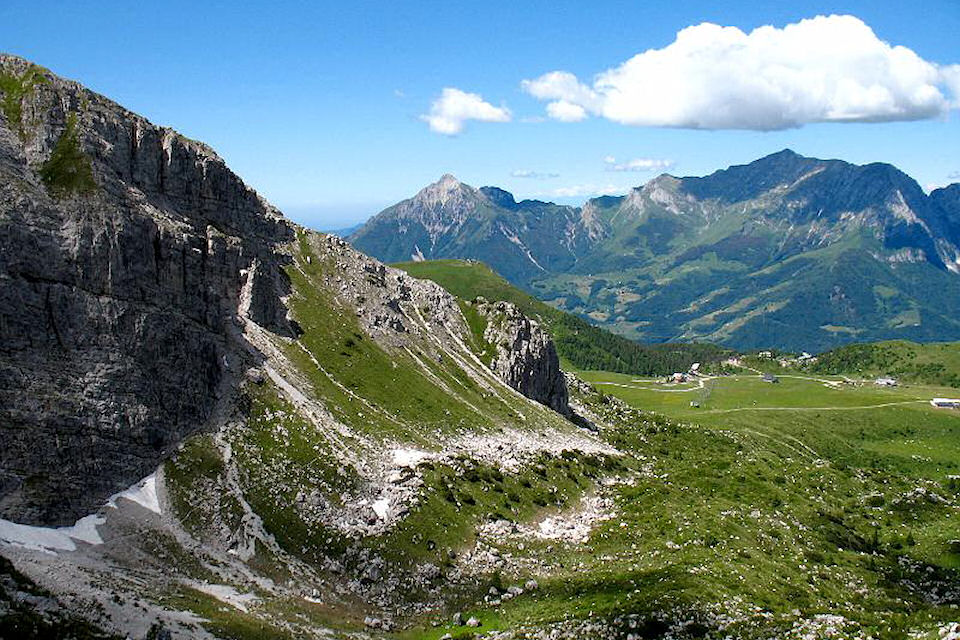 The Piani di Bobbio is a famous ski resort of Valsassina, in the province of Lecco.

In the Dark Ages were the property of the Abbey of St. Columbanus of Bobbio, that used for the summer grazing of their cattle, hence the current name.

Located in the territory of the municipality of Barzio, they are located on the border with the province of Bergamo; the ski slopes of Piani di Bobbio and the Valtorta are in fact part of a single ski.

The area is also renowned for the many trails, which also include climbing routes on the Campelli Group. 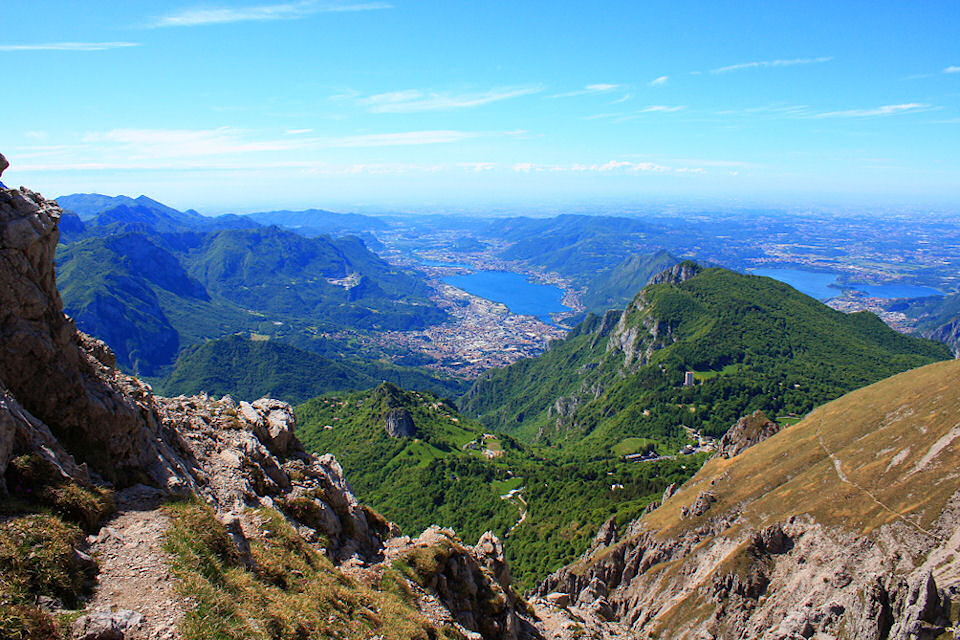 The Pian dei Resinelli  is set on a large saddle at the foot of grigna and extend the municipalities of Abbadia Lariana, Mandello del Lario, Ballabio Lecco; by their privileged position you can enjoy the beautiful view that stretches from the Rhaetian Alps to Monte Rosa, dominating the plain below, the lake of Lecco and the basins of Brianza.

The Massif Grigne, located on the eastern shore of Lake Como, between Lecco and Bellano, can be reached through different paths departing from Resinelli Plans; of great scenic appeal, geographical and geological and a popular rock-climbing wall, it can be considered one of the most important findings a few kilometers (about sixty) from the city of Milan.

The Resinelli Plans touch the average share of 1300 meters above sea level, and are just a short drive (about thirty) from the town of Lecco, following the signs for Valsassina, and passing through the village of Ballabio.