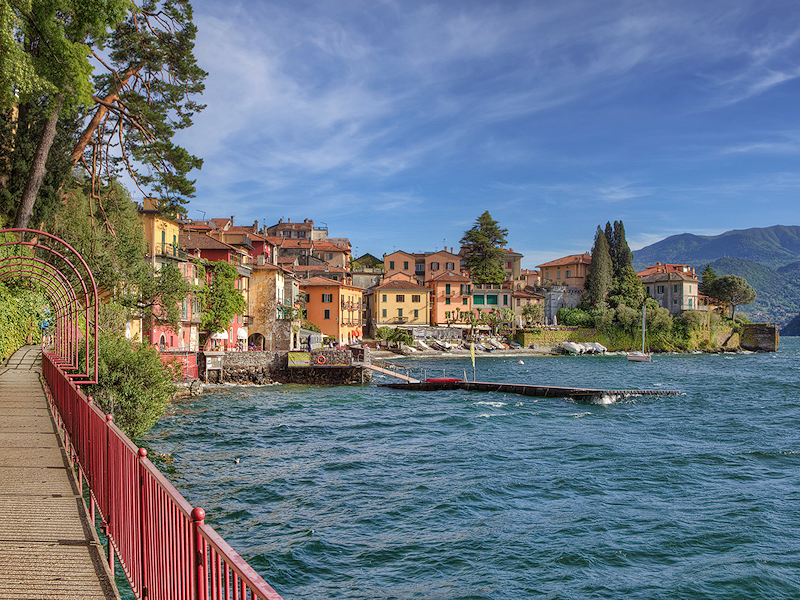 Varenna is an attractive village on the eastern shore of Lake Como, looking over the central part of the lake towards Bellagio. Varenna's picturesque lanes and old fishermen's houses are unpretentiously appealing, and some visitors prefer the town to its grander neighbours. Although Varenna is a tourist destination, and its pretty waterfront and tiny stone beach fill up with holidaymakers, it has somehow a more authentic air than the other hotel-packed resorts. The main tourist activities in Varenna are relaxing by the lake, and visiting the gardens of two villas, Villa Monastero and Villa Cipressi.Varenna is a useful gateway to Lake Como, as it lies on a railway line with direct trains to Milan, and is connected to the other lake resorts by regular car and passenger ferries.

In the Middle Ages, Varenna, of a prehistoric origin (Gallo-Roman remains have been found there), attained communal freedoms. During the ten year war it fought against Como and it sided with Comacina Island whose Shelteres it welcomed after its destruction. Varenna was already famous back then for its white-black marbles.

An interesting trip is one near the village of Fiumelatte (river of milk), called so because of the white foam of the seasonal torrent which gushes out only in the Spring from a cave and which, after a short distance flows into the waters of the Lake Como. We recommend from Varenna, a trip to Esino Lario (913 mt), called the pearl of the Grigne thanks to its splendid position, from the road for Esino a short deviation reaches the Vezio Castle at 383 metres, tower of a medieval castle, dwelling of the Lombard Queen, Theodelinda. 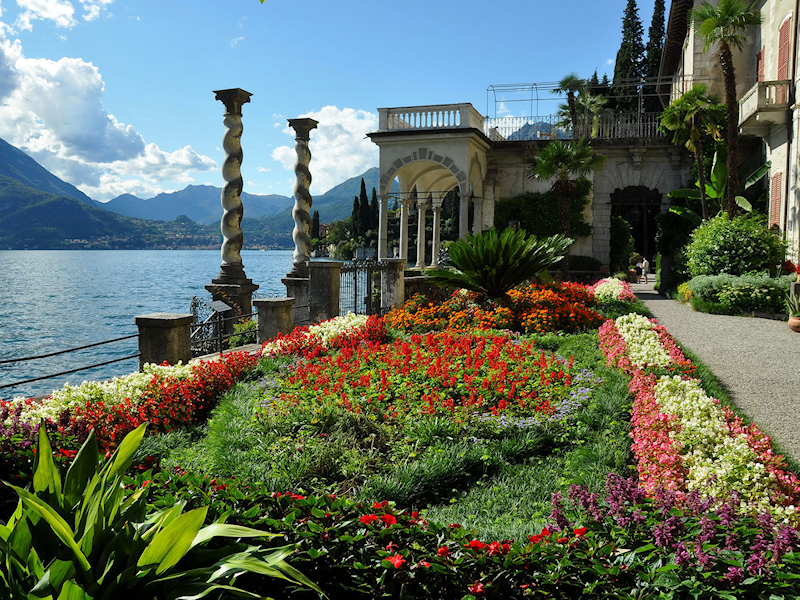 Villa Monastero, in Varenna on the shore of Lake Como, represents on of the most interesting eclectic style residences in which the interventions carried out upon it have added functional and decorative elements without destroying the traces of the building's vicissitudes, thereby obtaining a villa with a garden of great scenic impact.

Villa Monastero was actually born from the continual restoration of the ancient Cistercian woman's St, Maria monastery from around 1208. It is probable that its foundation is to be placed in relation to the religious settlements of the opposite shore: with the St. Faustino and St Giovita monastery on Comacina Island, from which came the refugees of 1169. The monastery buildings remained the property of the Mornico family from 1569 to 1862, and during these three centuries the functional restructures many were. From the 2 nd half of the 19 th century, villa Monastero began to undergo a series of transformations - the work of successive owners (Genazzini, Maumary Seufferheld, Kees, and De Marchi).

Particularly interesting is the stairway, realized in multicoloured marble, ceramics and plasters; even the bath called pompeiano (Pompeian) or King Faruk's, is a singular document of this taste. In 1918 the property was confiscated and given to the Opera Nazionale Combattenti; was then sold to Dr. Marco De Marchi, who then donated it as the lstituto Italiano di Idrobiologia Marco De Marchi. Villa Monastero, ancient monastery and patrician abode, is today an intemational Conference Centre that offers the possibility at holding conferences in extremely suggestive surroundings.

Villa Cipressi is a complex of buildings and gardens, rich in history, built mainly between 1400 and 1800. It was the property of the noble Serponti family (1163), of Baron Isimbaldi (at the end of the eighteenth century), of the Andreossi family, who took care of the Park, of Sir Astley and Sir Salton (at the beginning of the twentieth century) and finally of the publisher Accame. In 1980 it was purchased through a public voluntary subscription by the people and friends of Varenna for a public use. Owned by public corporations, mainly by the Municipality of Varenna, it is managed as a Hotel by Engie in Italy that has restored it in compliance with the pre-existing architectural lines by reconciling harmoniously antiquities with practicality. 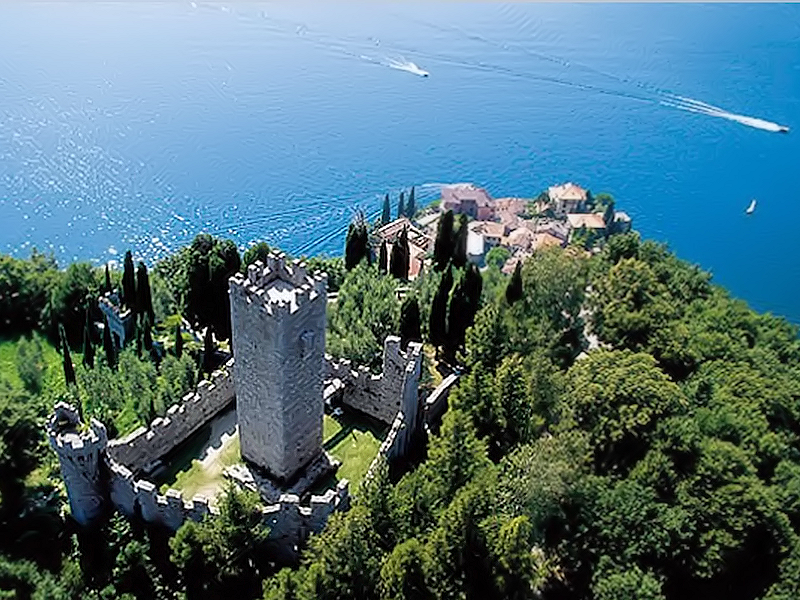 This ancient manor-house from the XI century, can be found in Vezio, a hamlet of Perledo above the town Varenna, a medieval village. Today the castle of Vezio appears as a square based fortification with tall walls and a central tower accessible from a functioning drawbridge. Over one thousand olive trees surround the construction.
Unique to the castle is the presence of trained birds of prey devoted to their falconer, who
entertain the public with spectacular demonstrations. The castle of Vezio was part of the fortification network that were built along the ancient communication routes that ran along the lake and allowed access to the valleys. From march to the beginning of november it is open everyday from 10 a.m. to sunset. The castle may remain closed in case of bad weather.
Almost every day there is a falconer in the gardens of the castle who allows visitors of the castle to assist in training sessions and breeding of the birds of prey.
Entering the walls that surround the tower, you will see the remains of this military outpost, used since the times of the Queen Teodolinda as a watchtower. The stone staircase allows you to access, passing on a drawbridge, the tower, with the possibility of reaching the top.
From here, the 360° view of Lake Como is unrivalled.
It is said that the famous Teodolinda, Queen of the Lombards, spending her final years in Perledo, had the Saint Martino church with the ancient bell tower, and the Vezio Castle built in order to leave a visible trace of her faith in Christianity.
FaLang translation system by Faboba