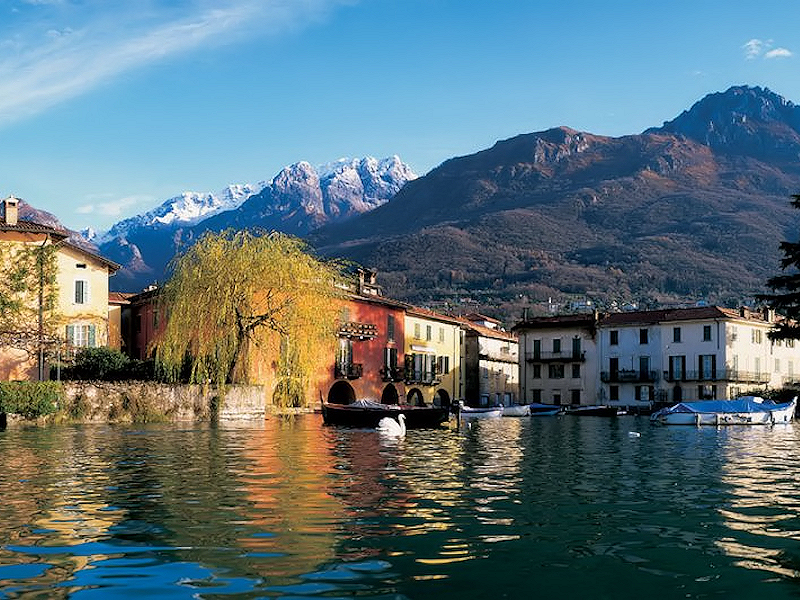 Mandello del Lario is an enchanting town mirroring in Lake Como, placed on a peninsula almost in front of Onno, is dominated from behind by the walls and the towers of the Grigna. Its origins go back to Romans, even if it reaches its peak in the Middle Ages, whose traces are nowadays still visible in the compact architectural housing center with porch style houses, among which you can clearly see an ancient Roman tower called Torre of Pretorio. In the modern part of the town, many liberty stile villas remind us Mandello is a well-know touristic location since the beginning of 1900.

On the hill, along the wayfarer path (sentiero del viandante) you find the church of St. George, hosting precious frescoes dated back to fifteenth century. From Mandello del Lario you can easily reach i piani dei Resinelli (Resinelli Plateaus), passing through the villages of Tonzanico and Maggiana, where there is still today an ancient tower, famous for having housed Barbarossa (Fredrick I) in 1154, when he conquered the town.

Mandello is not only lake, in fact its name is strictly linked to its industrial fields and companies, among this the historical Moto Guzzi whose technical and sport successes made the broad-winged eagle worldwide famous.Since 1921 Mandello has been the headquarters of Moto Guzzi (Guzzi Motorcycle), one of the most prestigious Italian motorcycle makers, in the territory there are other historical industrial and artesian brands.

Mandello Lario is a tourist place with a optimal climate, lavish with walks and climbs of every length and difficulty. Don’t miss to visit Mandello, you can walk along the lake promenade and enjoy relax at the park mirroring in the lake. We are sure Mandello will surprise you. 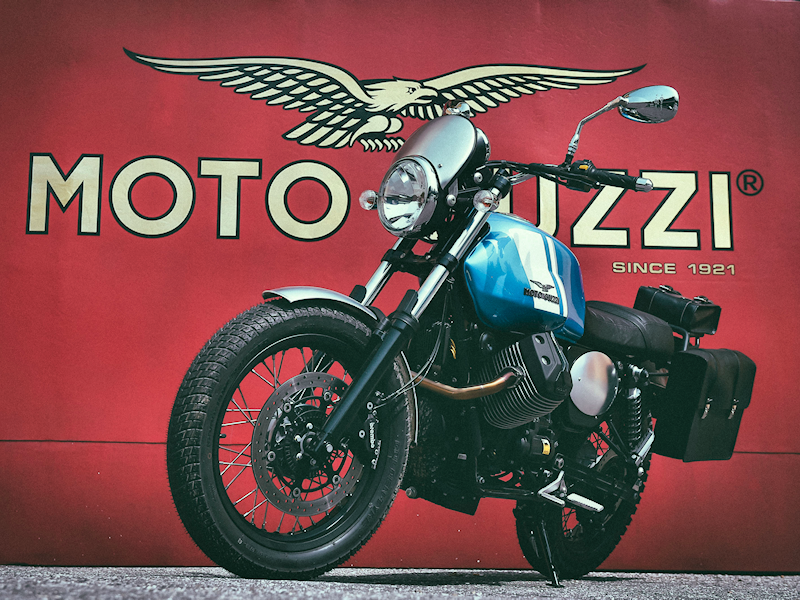 Carlo Guzzi, technical genius and design engineer,constructed his first motorcyclewith the help of Giorgio Ripamonti, in 1919. The motorcycle, a mono-cylindrical, 500 cc, 4 stroke, was presented to Emanuele Vittorio Parodi, a wealthy shipowner from Genoa, who agreed to finance them to start up a motorcycle factory. This was how Carlo Guzzi and Giorgio Parodi, son of Emanuele founded at Mandello Lario the Società Anonima (“Joint Stock Company”) Moto Guzzi: it was March 15, 1921. On the first motorcycles made, the letters G.P. appeared; the initials of Guzzi and Parodi, but in order to avoid confusion with Giorgio Parodi’s initials, the subsequent models were branded Moto Guzzi. The logo’s eagle was added later, in memory of their friend Giovanni Ravelli who had died in an airplane accident. In order to make the brand known, Carlo decided to debut it in races, and it was an immediately a success: in September of 1921 the motorcycle driven by Gino Finzi arrived first in the famous targa Florio (a race). It was the beginning of a series of successes which, between 1921 and 1957 would bring the company of Mandello del Lario to achieve 14 world-wide titles. In the 1960s with withdrawl from racing, the death of the founder, the oppressive crisis which struck the motorcycle sector obscured the image of the glorious Italian brand. In 1971 the legendary V7 Sport was introduced and was a extraordinary success. Handed over, in 1973, to the De Tomaso group, production was concentrated around the development of the two-cylinder V configuration motor, which has now become the brand’s distinctive characteristic. The motorcycles of the 1990s, from the California and Nevada series, to that of the V11 Sport, are the fruit of that research and tradition that have always characterized the Lariano brand. Since 2000, Moto Guzzi is part of the Aprilia group.

The museum showcases the Moto Guzzi history and culture, bringing together a rich collection of over 150 exhibition pieces of production motorcycles, sport bikes, prototypes and experimental engines. The exhibition area consists of a collection of over 80 vehicles, along with the story of the production history of the Mandello Eagle and offers an insight into the social and economic development of the country.