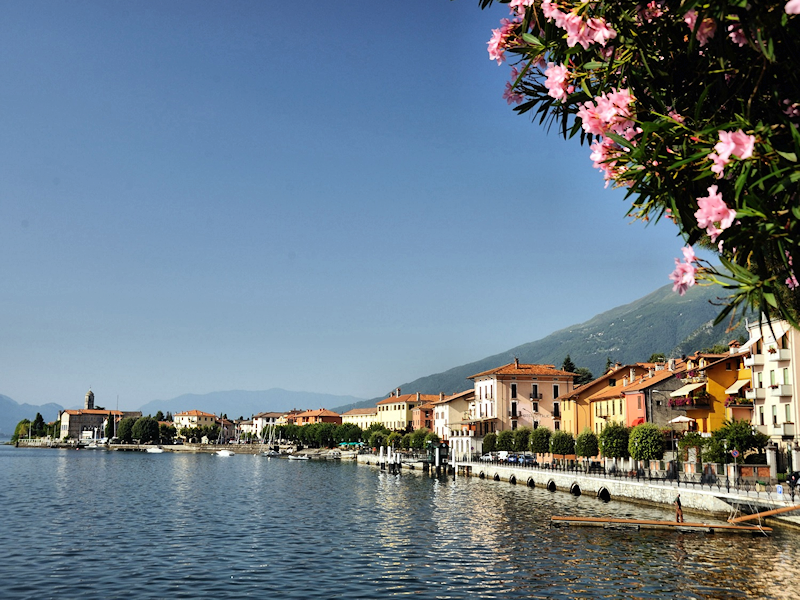 The town of Gravedona - or Gravedona ed Uniti to give it its full name - is on the lake-side close to the northern end of Lake Como and is one of the main ferry stops.

Gravedona however is  more like a traditional italian town where you will mix with the locals and not masses of other nationalities. Is among the greatest artistic centres of the Lario. Gravedona is pre-Roman origin,  was a prosperous town in the Middle Ages, allied with Milan during the ten year war. In the 1500s it was the capital of Lake Como’s Tre Pievi Superiori, then was passed as a stronghold to Tolomeo Gallio, it always managed to keep a certain autonomy even under the lordships of the Visconti and the Sforza. A peculiar pride of Gravedona was the art of goldsmith merit above all of the Sergregori family. In the past, the town’s economy was based on fishing, agriculture and cattle breeding.

Today Garavedona is an important commercial and a summer vacation centre. The town spreads along the lake with a newly re-furbished promenade lined with cafes and shops.There is a lovely lakeside walk that takes you to the next town along, Dongo, where Mussolini was caught trying to escape after WW2. 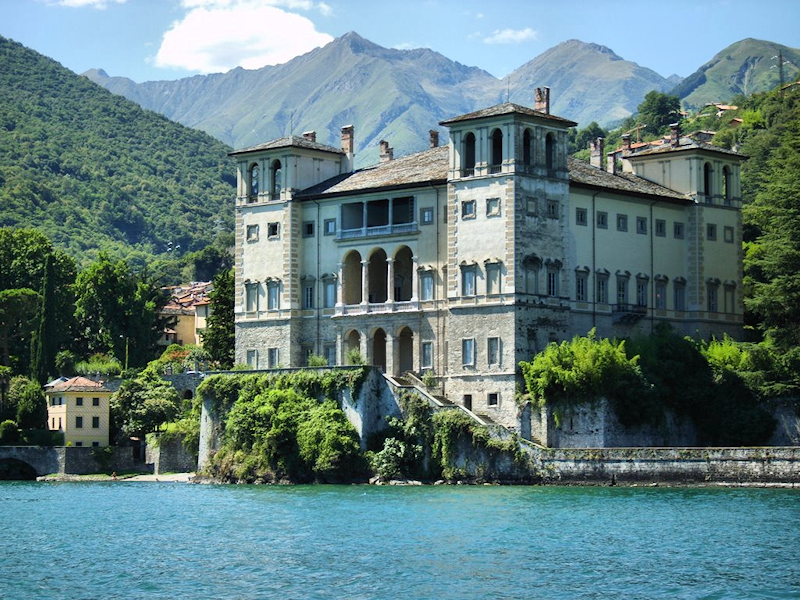 It is one of the most visited places in Gravedona, whose roots lie in both the history of the small village that among the powers of wealthy Europeans in 1600, noble residence of Bartolomeo Gallio. Designed by Pellegrino Tibaldi the architect native to Valsolda who was Carlo Borromeo’s favourite for the construction of numerous churches in the Milan area

in the three floors of the lake-facing façade, three different architectural orders can be distinguished, and a majestic hall occupies part of the inside.The Palace appears as a fortified castle born from the closed central system.

Today, it is the site of the Comunità Montana Alto Lario Occidentale (Ass.n of Mountain Municipalities of Eastern Alto Lario) - cultural events, shows and performances take place in its halls. To the right of building, there was a garden, alluded to since 1500 for its rare essences; today’s garden, largely re-organised, stretches toward the mountain. 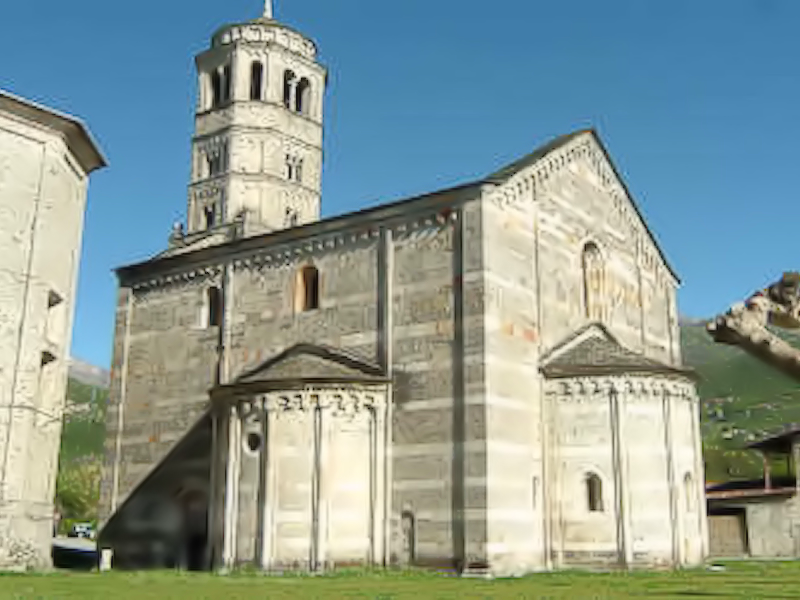 The Church of Santa Maria del Tiglio is actually very ancient, said to be from the 12th century or earlier, and contains a mosaic early engraving of a centaur chasing a deer, which we were told is a symbol of the early persecution of the Christian church. The gardens around the church are also very well maintained.

The building, built upon the layout of a previous church, dating back to the Queen Teodolinda, wife of Autari who seized Comacina Island, and better known for the Iron Crown belonging to the Treasure of the Monza Duomo, is of a very strong, yet refined architecture. A belfry designed and realised in the 18th century with two and three-mullioned windows under the high bell naos, is incorporated into the façade’s centre, slightly to the rear. It actually expresses the majestic work of the stone cutters engaged in fitting out regularly worked ashlars in order to create the solid walls, brightened by the mighty layout of light rows contrasting with grey rows. Inside there is a built-in Roman alter, a part of a mosaic floor from the 5th century, a baptismal dating back to the previous baptistery of Saint Giovanni Battista, a Romanesque wooden crucifix, and frescoes from the 13th and 16th centuries. Finally, there is a splendid polygonal-design tower standing against the façade, which is a point of reference for all the surrounding lands.

The splendor of the building is also due to the landscape in which it is located, thanks to its remarkable position overlooking Lake Como’s shore.