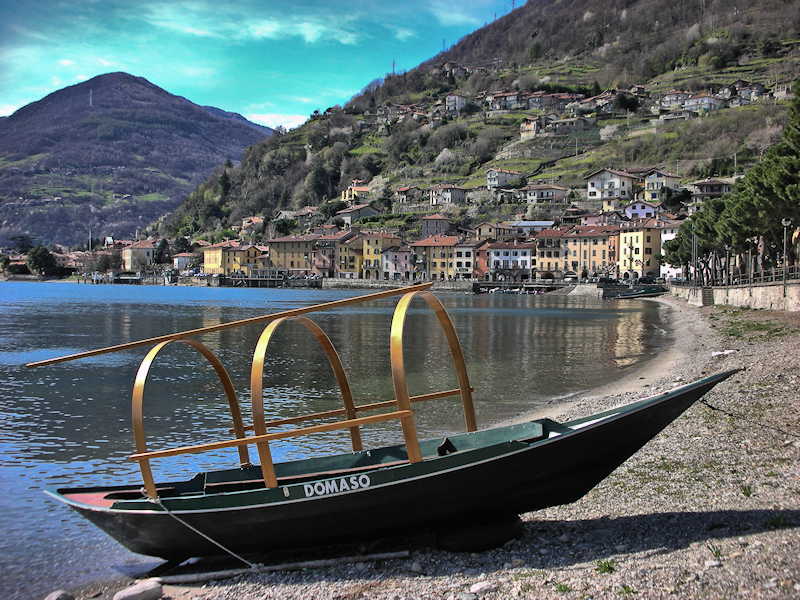 Domaso  is made up of an ancient village on the shores of the lake, and two smaller villages: Pozzuolo and Gaggio. Stands at the mouth of the Livio torrent, in the high area of Western Lario.Domaso has a particularly mild climate, constantly ventilated by the Breva wind. This characteristic is the reason it is considered to be one of the most favourite places for practicing water sports, both sailing and windsurf.

In Domaso’s ancient wine cellars,the rare Domasino wine is still produced.The vineyards are in Pozzuolo and Gaggio. The wine is white, esteemed back in the Roman age, the production of which is less than 2,000 bottles.

Here is worth visiting the church of Saint Bartholomew  - built in the 16th century upon the ruins of a Humiliati monastery established in the 12th century. Inside there are frescos of the Ligari and Silva families, the tomb of Luigi Panizza - Governor of the Forte di Fuentes - buried here in 1639, and a 'Pietà' by the school of Rodari; also worth visiting is the Holy Mother of the Snow sanctuary, built in 1600 as a vow of family heads during a period of pestilence.

Among Domaso’s villas - Villa Miani, built in early 1800 by painter Vasques, and later belonging to General Miani – conqueror of Libya; then Villa Camilla built by the nobles of Calderare in 1600, currently the City Hall, with frescoes ceilings and an incredibly beautiful garden with a variety of camellias, cedar and conifer trees.