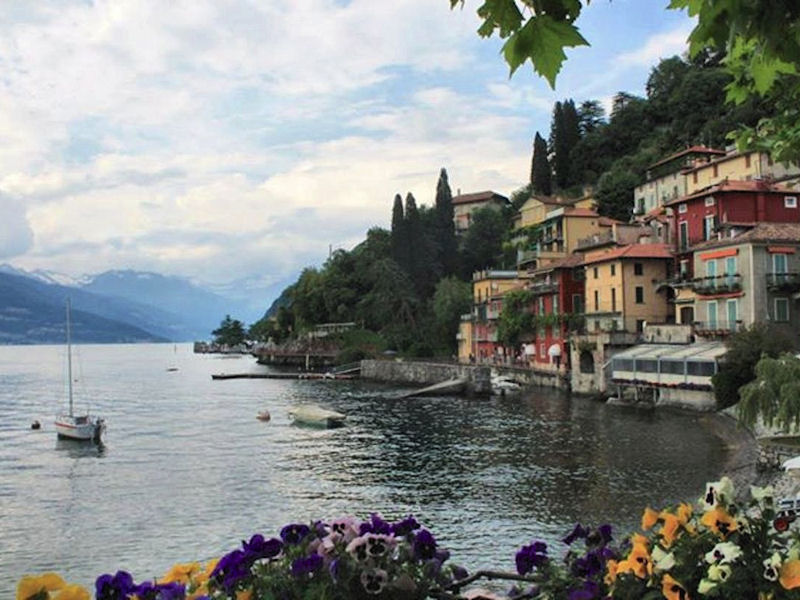 Bellano is situated on the eastern shore of the lake, framed by a magnificent background. Bellano is just a few kilometers from Varenna toward Colico, and it stands on a cape, where the vast panorama embraces the lake's western shores, from Menaggio up to Dongo.

It has very picturesque lakefront, from where many roads leads to the old town. Bellano is famous for l'Orrido (Ravine) a gorge formed by the waters of the Pioverana torrent, which by erosion dug a deep ravine in the stretch from Taceno in Valsassina to Bellano.

Bellano is a very quiet and charming village saw dramatic occurrences throughout its history, during the wars between Como and Milan (12th century), between Visconti and Venice (1447), between Medeghino and Sforza (16th century) and during the passing of the Lanzichenecchi bearers of the plague (1628). For centuries the Bellano harbor was the largest in Lario area's and most important.

Bellano is a first-class cultural center, here the town organizes an opera festival every August which attracts hundreds of spectators. There are numerous churches in the villages spread across the hills: the oldest temple is Saint Nicolao (13th century), now deconsecrated and used for exhibits and cultural events, next is The Parish of Saints Nazaro and Celso with its Gothic black and white facade, built in 1348 by Giovanni Ugo di Campione and architects from Valle d' Intelvi.

Bellano is an excellent departure point for many trips around Valasassina and Valle di Vendrogno, surrounded by the cliffs of the Northern Grigna mountain. 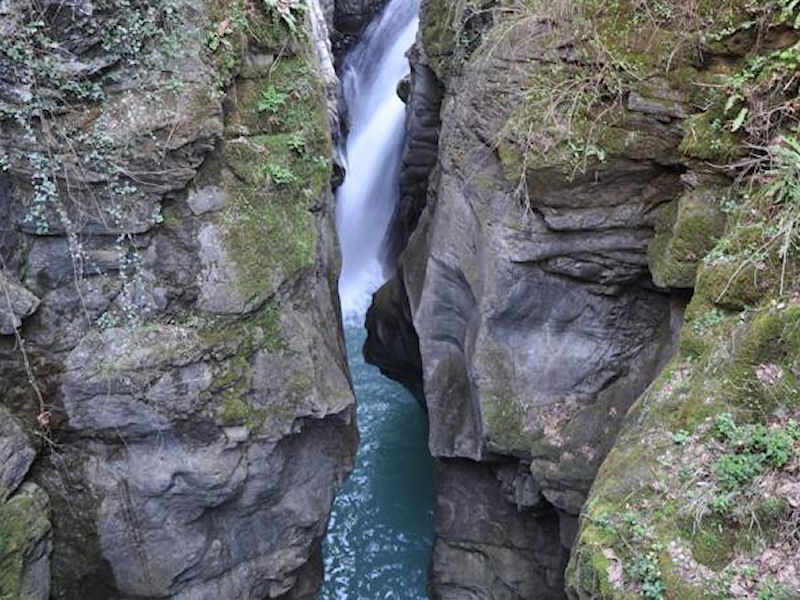 This natural gorge, formed over 15 million years by the waters of the Pioverana torrent, which dug a deep ravine between Taceno, Valsassina and Bellano.

Visiting ravine you have the chance to travel a stretch inside it walking along footbridges attached to the rocks, walking in deafening meanderings which overlook dizzying cliffs.The route among waterfalls and natural caves is very striking, breathtaking panoramas and lush vegetation, the Sun reflects in the ravines, creating incredible rays. There is a legend  that a warrior named Taino, who was buried in the very depths of the Bellano Ravine, together with his immense treasure, guarded by an enormous stone covering the grave.

On a crag of the Pioverana River stands the Devil's House guarding the Ravine, a curious little tower,rises up four levels as an irregular hexagon connected by a spiral staircase. It is said that licentious parties were held inside it, accompanied by Satanic rituals and evocations of evil. Its name is tied to mythological figures, among which a Satyr that decorates the facade of the towers top floor.